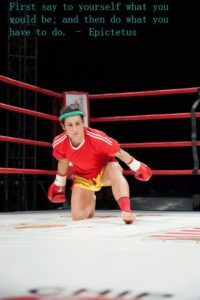 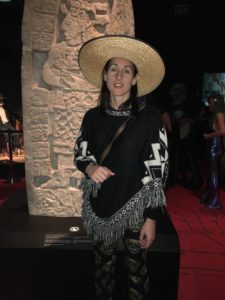 My name is Lindsay

I’m a professional Muay Thai Fighter who has competed all over the world.

I won the WPMF (World Professional Muay Thai Federation) Pro Featherweight World Muay Thai title and Queens Cup competing on the most prestigous event in Thailand on the Royal Palace Grounds for the Queens Birthday. The event had around 100,000 in attendance.

– Trained with and am friends with Saenchai who is considered pound for pound best Muay Thai fighter in the world. Saenchai taught me my Wai Kru (Traditional Muay Thai Dance) & passed it onto me.

– I’ve grown up excelling in many athletic activities. I had a full scholarship for hockey to play in the NCAA Division 1 & lived in Boston. Started hockey at age 5.

– I teach Muay Thai & Self defense

– I was a targeted individual because of my gifts & talents and have received help & training from and worked with Sean Bond, and learned some new skills to help protect myself from attacks of many kinds and managed to get my life back on track. I had major timeline interference and got myself back onto more positive timelines.

We recently used energetic & spiritual skill sets to assist the process in successfully getting a government law changed in my province of Canada on August 2019 which was making Muay Thai illegal, as this aspect of martial arts as well as myself had been targeted (during massive intereferences of negative groups the government had made Muay Thai illegal in 2013 in BC not long after my return from Thailand. It was only one thing of many which was attacked in my life) . Profesional Muay Thai and Kickboxing are now legal once again in British Columbia Canada and will take effect in 2020. The energetic work helped the physical work. Martial arts is mind/body/spirit 🙂 It was an important time showing we had more power than the corrupt system and that anything was possible even if it once seemed impossible.

– I would like to help myself and humanity  and awaken to become free from the system of domination and control. I’m here to be part of freeing the planet and it’s sentient beings from the darkness. To heal & become healthy and whole again . To enlighten our consciousness. To protect and keep the peace and restore balance to the universe. To help mother Earth. To increase our inner strength and power in our hearts and minds.

I have always known I was here to awaken spiritually, energetically, & recover the ancient wisdom, to purify and develop supernormal abilities. Unlocking and activating DNA potential . I have a great interest in how imagination creates reality. I believe the martial arts world is important and those from it can help fight for and keep the world safe from the dark side and negative forces.